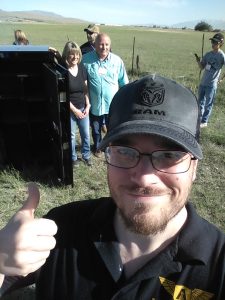 I just got done with the Liberty Safe Expo and I have to say I had an absolute blast (pun very much intended… you’ll see why in a bit).The good folks down at Liberty Safes invited yours truly to take a look at their facilities and to see some of the new products and technology they are going to be unveiling to the public in the near future. I have to say they are truly some of the most positive, tough, and hard working folks I have ever come across. These are hard men and women, doing hard work, building hard safes.

As proof of that, we got take a look at the explosives test that Liberty Safe did against a competitor. Liberty did not tell us who made the safe, they only told us it was at a similar price point, but I suspect it was *ehem* a real champion of the industry.

The images alone don’t do it justice, and soon liberty will be posting a video of it here: http://www.libertysafe.com/torture-tests.php but I’ll do my best to recreate the wonder of the moment.

So first off they buried two barrels of water, dropped in explosives, and placed a heavy steel plate on top of each barrel. They then placed a safe on each of the two steel plates. The object was to launch the two safes as high as they could, and see how well they survive the fall. What resulted instead was an absolute catastrophe of Chinese engineering. Liberty, knowing their competitor was inferior, used 2/3rds the amount of explosive on the Chinese safe so as to not hurt the poor little thing.

Not only did the safe not survive the fall, but it didn’t even survive lift-off! There were pieces of Chinese fabricated bull hocky spewed all over the ground, and the fire resistance interior made a cloud of dust and debris that engulfed the other safe. But then, like a triumphant fourth of July fire work a giant black monolith exploded out of the dust cloud and sailed a whopping hundred yards into the air. The thump from when it barreled into the rocky soil below was as dense and impressive as the explosion itself.

When we went to inspect the damage, it was an Easter egg hunt through a debris of twisted steel and plastic to determine who could find the “Made in China” sticker first. Yours truly took home the grand prize (which consisted of a thump on the back from an old timer and one or two “atta’boy”s). The Liberty Safe however managed to hold its structural integrity and to prove it’s ability to protect its contents, the still working door was opened and inside was instruction manual still safely in its zip locked bag.

Everyone had a good chuckle when the CEO suggested that the baggy did more work than the competitor’s safe, and I personally had to point out that the nearby “Honey Pot” was probably a stronger choice. 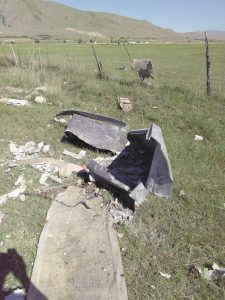 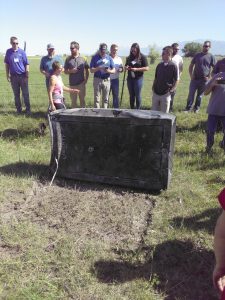 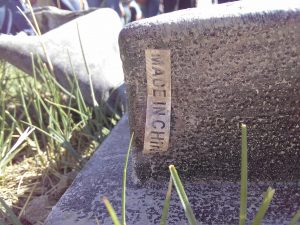 Competitor made in China 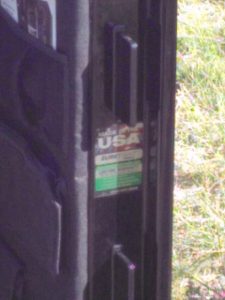 Liberty Made in the USA 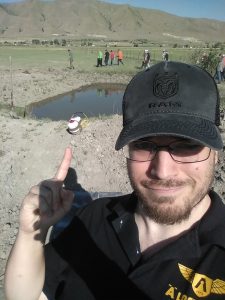 Ready for the blast!